Now a man of many talents, Joe made his way to London from New York as a young teenager, bringing an early taste for Hip Hop & Rap with him to the capital. After engaging with the British rave & Drum ’n’ Bass scenes in the Nineties as both DJ and producer, his preferences eventually shifted toward House & Techno, which is where most – although not all – of his sets and productions nowadays lie.
We decided to catch up with Joe ahead of his New Year’s Day appearance alongside Evil Eddie Richards, the Wasabi Generals Records’ crew & our very own Republic Artists techno collective at the Star of Kings, Kings Cross. It seems 2014 is shaping up to be a promising year for a producer soon to have 20 years’ experience under his belt. Here’s what Joe Le Groove had to say:

You must be pleased with how 2013 played out for you, what with the tINI collaboration proving so successful. What’s been your highlight of this year?
Yeah, that probably tops it for me. I only came to hooking up with tINI through Guti, who I became friends with over two years ago. tINI heard some of the material Guti and I had been working on before she decided to use my vocals for one of her tracks. Not long after Loco Dice was playing ‘Hat Baxx’ and it was riding the Beatport Top 10 Tech House chart for quite some time, peaking at No. 3.

That must have been satisfying.
Most definitely. tINI’s very talented, has a great work ethic and her feet on the ground; so for me I just want to see her go as far as she can in the future.

Tell us about ReSolute: how you came to be involved, the ethos behind it and what 2014 holds in store.
Sure. When I interviewed Elon [Admony, ReSolute label owner] nearly two years ago for [online dance magazine] Guestlist, a quick chat became a 90 minute conversation after we realised how many mutual friends & common ground we had. We’ve been friends ever since. Elon & I worked together on the 5th ReSolute release [Elon & Friends: Kolekti] last year and after that was released in November he asked me if I wanted to be the label manager.
The label’s quite diverse in the fact you can hear Techno, Deep Techno & Deep House cut on it: it’s not really held by any boundaries. We’ve got some really cool stuff coming out next year but I can’t speak about that just yet…! 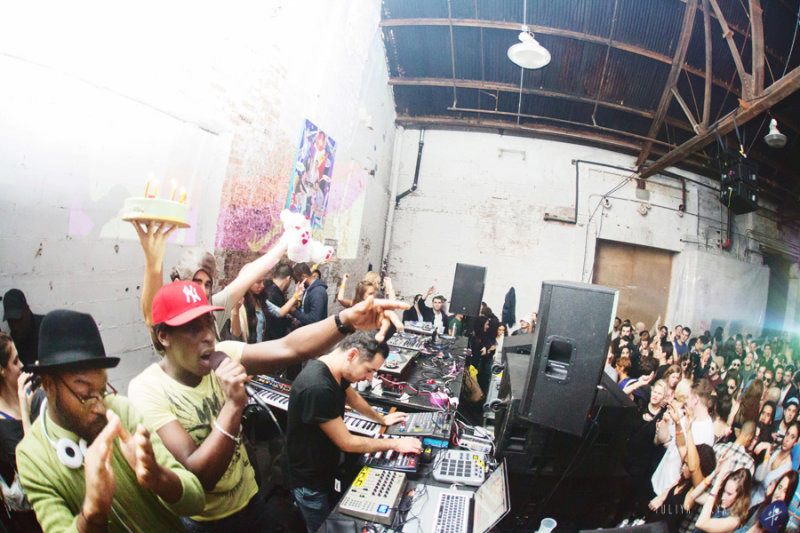 Looking back, how good a year do you think 2013 was for dance music?
I think 2013 has been a good year for music, but it’s also been a stale year with too many people sounding the same. That’s when people starting hitting brick walls and becoming more innovative.
I also think a lot of house DJs these days are f*cking boring. It seems like many can’t even mix properly. They’re either clangin’ mixes or are a bit sloppy: and even then they’ll wait until the end of the record and mix the last 25 seconds. They get away with it, but you wouldn’t get gigs back in the day doing that! Times have changed: it’s not about flair anymore. If you’re going to press the synch button and use a controller then at least show me something! For me personally I think it’s important to have some flair when you’re DJing. I mean, if I didn’t have quick fingers on wax and was crap at mixing I couldn’t really be called Joe Le Groove…
Conversely, if you’re arrogant, can’t mix and don’t make your own tracks then you need to be kicked in the nuts. That’s just a message for the ones that know [laughs].

So who influenced you when you were starting out?
DJ Randall is one of the most understated DJs ever. I was lucky enough when I was younger to become a friend, analyse his mixing style and ask: how did you do that? To see him press the start button and just use the pitch.. and it would take him, like, 10 seconds to get the record in time. Every time!

Does he count as one of your heroes then?
British ones, definitely.

You must be looking forward to this year’s NYD party at the Star of Kings. Is there anyone you’re looking forward to catching?
Evil Eddie Richards. Simply because I’ve got a load of records of his from the ‘90s: he’s a legend! Not much more to say than that. He’s a legend in dance music history. A lot of kids these days don’t give a f*ck about the history of dance music, they just wanna skip around and do this ‘shuffling’ thing [laughs]. He’s one of the stalwarts of U.K. dance history, one of the original pioneers alongside Layo & Bushwacka! and Colin Dale. I haven’t heard him play for a while so I’m quite looking forward to it.

Lastly, what does 2014 hold in store for you?
I’m looking forward to concentrating on getting my solo Joe Le Groove productions out, doing some more collaborations… I’ll be working on more material with tINI again next year. I’ve got my own EP coming out on ReSolute, and there are quite a few things on the horizon I can’t get into at the moment. I really want to talk about them though [laughs]!