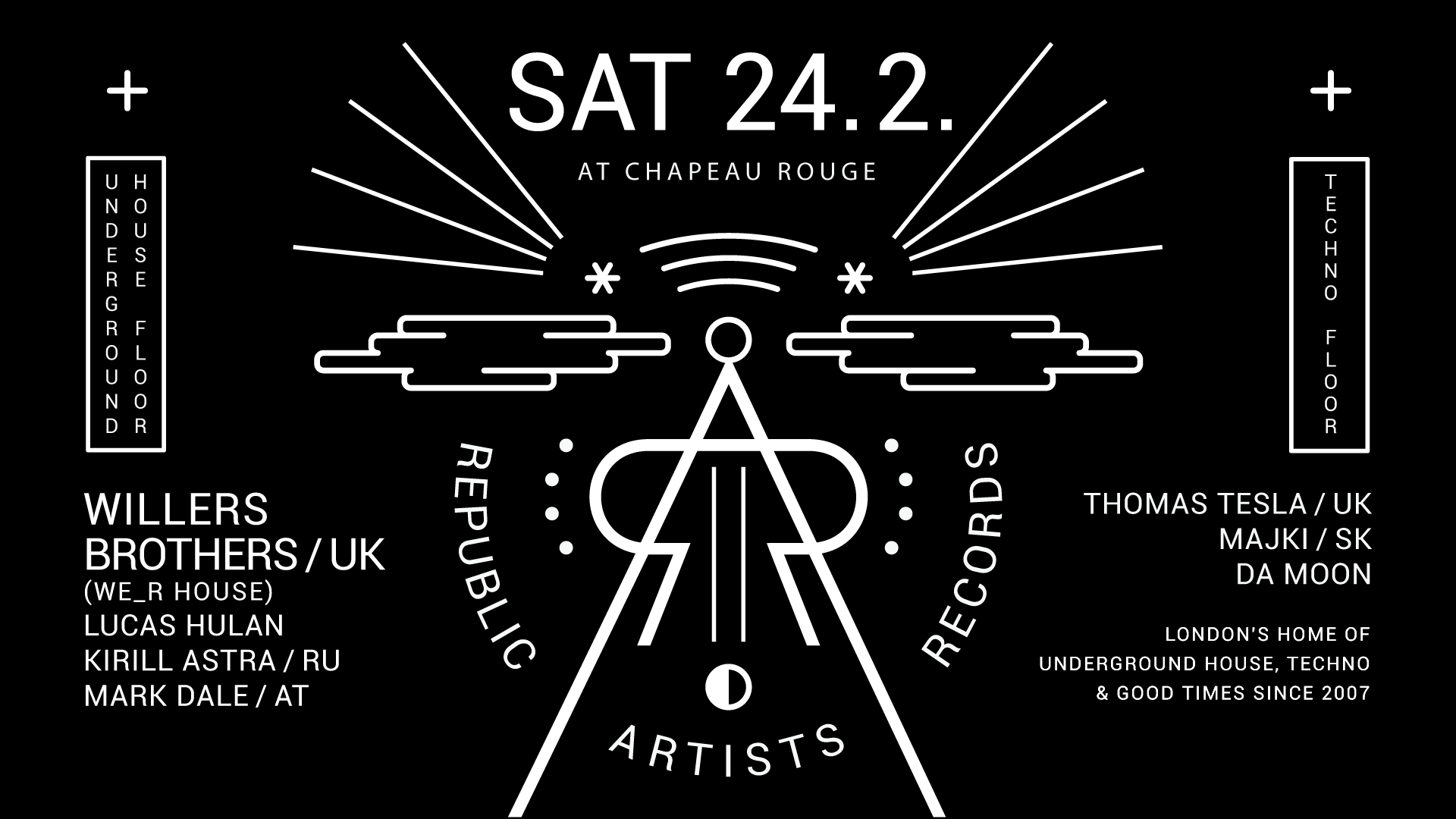 London’s home of underground house, techno & good times is back Chapeau Rouge Prague. This time with The Willers Brothers. Join the troops partisans.

Manchester-born now Berlin-based producers, DJ’s and siblings The Willers
Brothers have been steadily on the rise in the realms of the stripped-back,
underground house click over the past few years.

Coming from a musical back ground with heavy influences of Hip Hop and
Drum & Bass, it was just a natural progression into house music which happened around 2011.

After breaking in to the London’s club scene at a very early stage in there career, they managed to hold down a residency at one of the cities best known nightclubs EGG LDN. They held this down for 4 years before making the move to Germanys capital.

With a string of releases on labels such as Beste Freunde, EWAX, nofitstate, they started their own imprint WE_R HOUSE with Berlin resident and house head Cinthie.

The first WE_R HOUSE release dropped late 2017 with 4 tracks from the boys which got the attention and support from artists such as Enzo Siragusa, East End Dubs, Ferro, Fabe and many more, whilst also hitting the number 1 spot on Decks records buzz and bestsellers charts.

As well as their production they are no stranger to the clubs playing venues
such as Watergate, IPSE, Tresor, Pacha Barcelona, Space Ibiza , Zoo Project Ibiza, Propaganda club Moscow to name a few.

Its an exciting time for the brothers although they have made their mark
firmly in the underground scene.

They have a lot more to come and are here to stay.

No pre-salle, tickets available on the door only
100kc before 23:00 / 150kc after
www.republicartists.co.uk