On the techno floor we have two equally skilled djs and producers. Elek-Fun, the boss of London based Leading Astray Records whose tracks have been supported by Jon Rundell, Layo & Bushwacka and Agent!, a regular dj guest at Moog Barcelona and Egg London. Prague based Elektrabel, who will be selecting music on the first half of the night, got noticed by Jeff Mills in early stage of his carrier which resulted in signing his first EP to 6277 (Axis sublabel), another 3 releases followed on the same label two years later. Elektrabel played all over Czech Republic and internationally in respected clubs including Womb Tokyo and Tresor Berlin. Ben Klock included Elektrabels track „Daje“ to his set at Dekmantel.

Republic Artists Records boss Thomas Tesla who has been running RA nights in London since 2007 will be supplying beats on the house floor. Thomas has rocked floors in London (Crucifix Lane rip, Corsica Studios, Jamm Brixton, Steelyard, Egg, MoS), in Berlin (Tresor, Suicide Circus, Golden Gate), Spain (Amnesia, Vista, Eden), has released music on Tanztone Records, Wasabi Generals and Republic Artists Records. After permanently relocating to Prague he opened record store called Gram Records. Lillou, a popular local figure who has been active on the scene for two decades, will take care of the second half of the night. She has been a regular dj guest at Wildt and face of Laundry parties.

Bar floor will be under supervision of dj Sta and Brigitte Noir (Radio Wave). House music and nu disco from start to end! 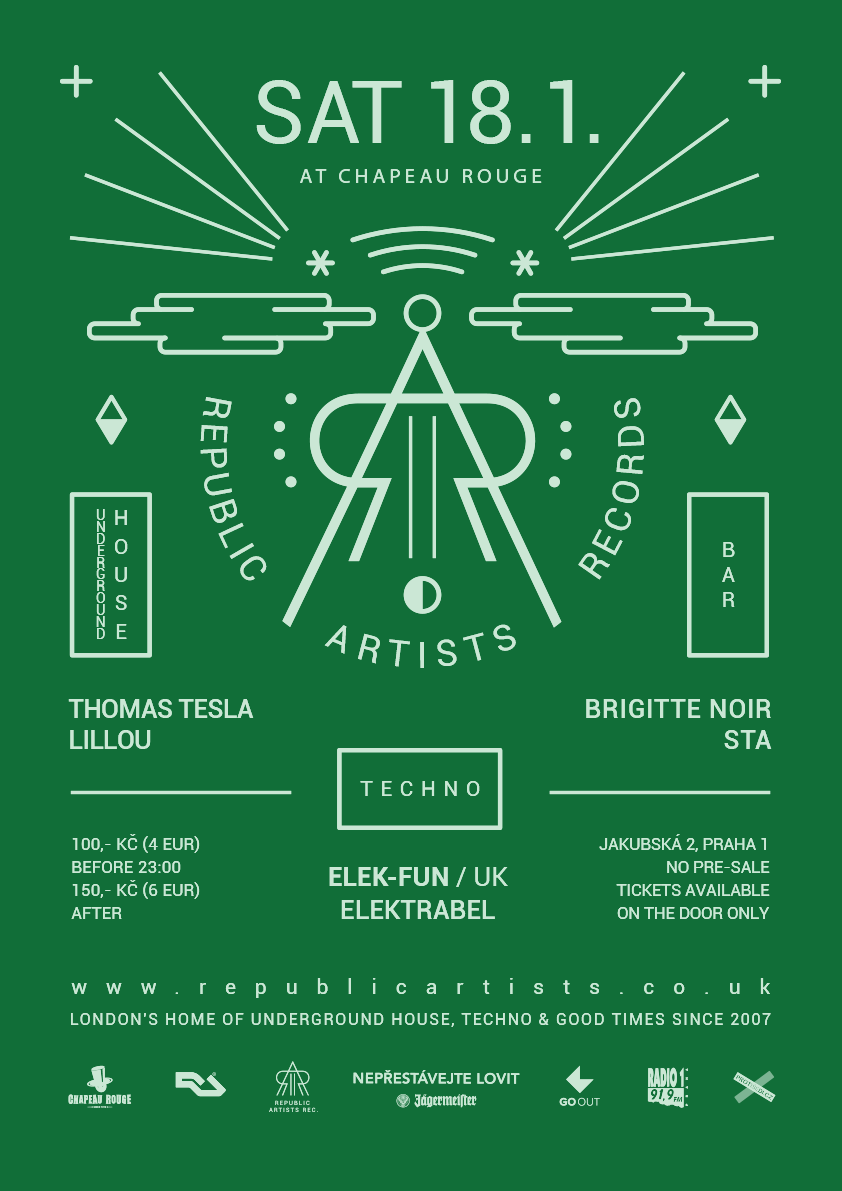