We are very exited about our next London show!

On Saturday 23rd April Republic Artists Records will be celebrating 8 years of organising parties in London and Europe. The celebration will be split into 2 parts: 4 hour boat party with our main man Agent! from Berlin headlining & aterparty at Egg London where we join a massive line up including Extrawelt Live, Ambivalent, Agent!, Just Her, Photonz, Nick Elia, Thomas Tesla and many more. Full line up and tickets to both events here www.residentadvisor.net/event.aspx?798163

Jim Warboy, the London promoter behind parties such as Kash Point, All You Can Eat, Caligula and Night Train, presents another edition of his latest venture Sabajaq.

German techno duo Extrawelt head up the main room with a live set of techno, showcasing their versatility and an ability to hammer it out for labels like Cocoon whilst going trippy and emotive for others such as Border Community. Support comes from Ambivalent, head of Delft and Valence records, another producer as at home crafting swelling melodies for Sasha’s Last Night On Earth as he is rolling out huge bass lines and rides to please Sven Väth. Further support comes from Sabajaq residents Just Her and Rödor, plus Venice Calypso.

Holotropia take over Room Two with Dinamo Azari, founder of Azari & III who’s recently released his new solo album, plus Photonz, head of One Eyed Jacks and founder of Portuguese radio station Rádio Quântica. Hot on the heels of a label showcase at the inaugural Lisboa Dance Festival, plus releases on Unknown to The Unknown and Creme Organization, his Chicago and Detroit influenced sound has made him a DJ Mag favourite. Radio Quantic co-founder Violet recently soundtracked the Versace Spring/Summer show after her all female cover of Underground Resistance’s classic ‘Transition’ track, in celebration og International Women’s Day, became a viral hit. They’re joined by Sabajaq resident Joe Roberts.

Room Three is hosted by Republic Artists. Berlin DJ and producer Agent!’s early love of hip-hop is still audible in his funk infused house for modern edged labels including Get Physical, Desolt and Moon Harbour. He’s supported by a host of talent including Nick Elia, Thomas Tesla, Arthur Keen and more 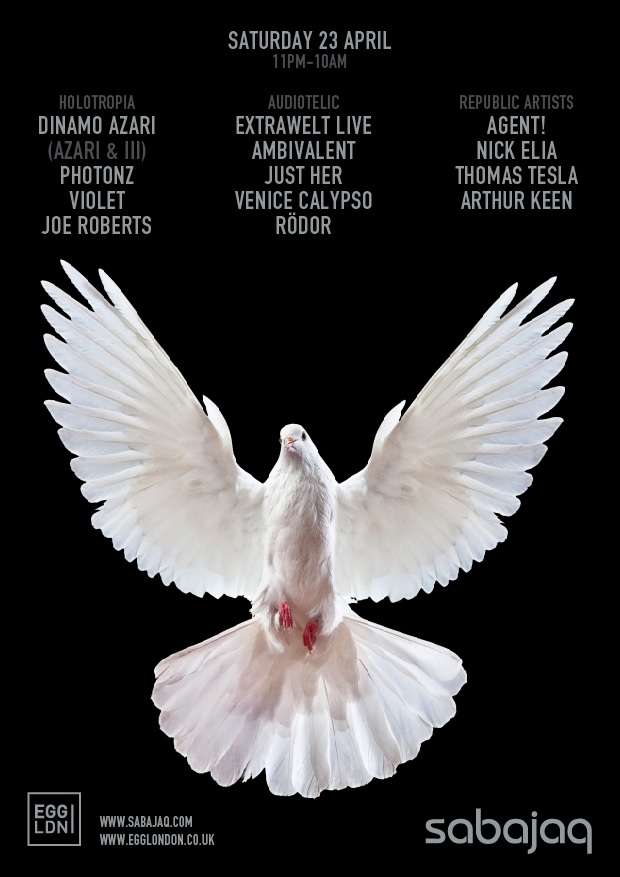