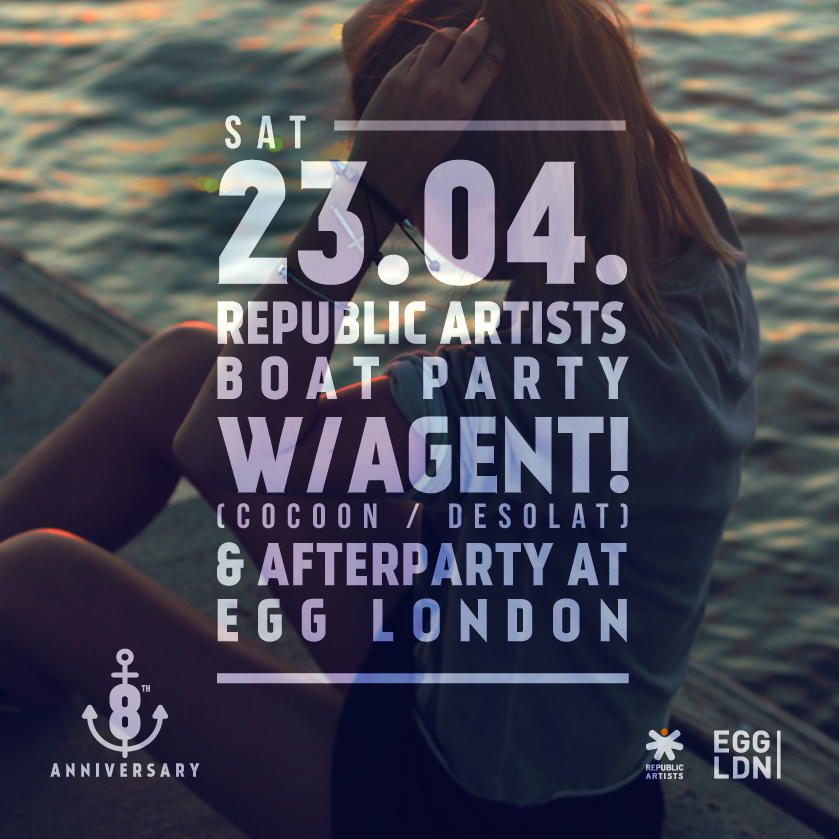 www.soundcloud.com/agent
www.facebook.com/AgentArtistpage
► Heading up the proceedings will be none other than Berlin’s AGENT!, who has rocked floors across the globe, from Tresor, Tokyo’s Womb, Cocoon Club Frankfurt to our very own Fabric. His Desolat release was featured on Fabric 62 mixed by DJ Sneak, and his remix for Anne Clark ‘Work It’ has been released on Moon Harbour – a collaboration with his buddies, Vito & Danito and Zokhi & Rooz Lee, which hit #3 in the Techhouse category of the Beatport charts. On top of that “Dopeman”, his single on Cocoon Recordings has smashed all charts and clubs worldwide.

www.soundcloud.com/nickeliaofficial
www.facebook.com/nickeliaofficial
► Nick Elia, Roland UK artist has been a regular aficionado on London’s club scene, since the mid 2000s, with performances at venues Egg, Lightbox, Ministry of Sound, Area or Crucifix Lane to name a few. His productions have been supported by Paco Osuna, Spartaque, Tiga, B.Traits, Cevin Fisher, Kiss FM, Daniel Bortz, Colin Dale and Dubspeeka among others and a critically acclaimed record ‘Glue’ was featured on BBC Radio 1 by DJ/presenter Hannah Wants.

The 16-hour musical journey from House to Techno will start on the Golden Jubilee boat, leaving from Temple Pier at 6:00pm, and as usual, there will be a kicking after-party as well. This time at our favorite club Egg London

3:00PM – 6:00PM Pre-Drink at Bar&Co.
Your ticket will be exchanged for a wristband that is valid for entry to the boat party and re-entry to The Egg