To celebrate eight years of throwing parties in London/Prague, Republic Artists have put together a compilation of its most memorable back-catalogue tracks from its close family of artists and welcomed some new faces to the fold for this bumper 12-track compilation pack.

Many of the RA label’s best releases can be found on this 8th Anniversary compilation: Saytek’s outstanding Another Acid Track (a real low-key party-starter); Jacob B’s hard-hitting techno pumper Mushrooming; Nikola Gala’s deep & dubby roller Mind Meld 2 to name a few.. and the contributions from newcomers aren’t too shabby either!

While Keypositive’s laid back, funky roller captures the sound of RA’s Room 2 early on at the rave, newcomer Elek turns in a menacing tribal techno cut promising bright things for the future. Then you’ve got Norwegian MonoDogue’s fierce, heavy hitting industrial techno banger Blocks which might just be the most impressive debut we’ve seen on this label thus far!

Between the two camps old and new with this compilation Republic Artists have captured the sound you can find in the main and second room of their parties: heavy, pounding techno pumpers on the one hand and more stripped back, groovy minimal roller’s in the back.

You can hear this in action on the 23rd April as the renowned crew get together again to celebrate their anniversary and the release with a whopping 16-hour party which starts with a party cruise along the Thames and moves on to London superclub Egg (Kings Cross) for the early morning hours. 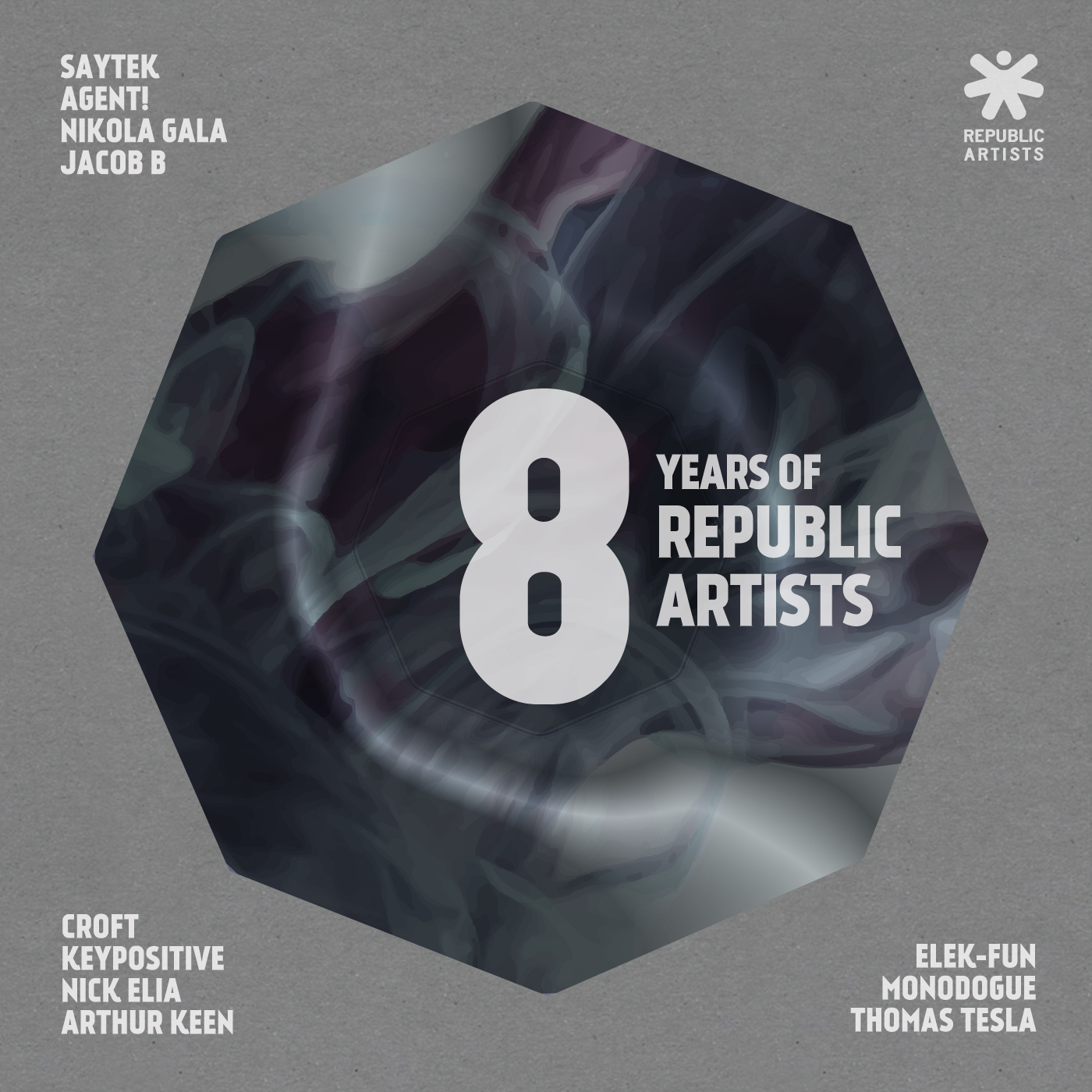